Pen and Ink Designs was established in 2002 where it developed services for businesses in the Sports and Fitness Industries working alongside a charity titled Kids-4-Kids.

The Principal of our business is called Ann Brady.  She has been involved in the writing world in different aspects for over 30 years.  During her business career Ann created an award-winning website, writing over 200 plus pieces of informational work for the site.

The website won the International Association of Web Master & Designers ‘Golden Web Award’ for Design, Creativity and Content for three years in a row. The only UK on-line business, at that time, to do so.

Throughout her business career Ann learnt about creating, formatting, and publishing a newsletters, as well as other products. She was also fortunate to have her non-fiction work published in National Newspapers, International Magazines, and Educational Tutorials.

Following her retirement from business, Ann changed her writing style from non-fiction to fiction, becoming an Award-winning author of an historical novel. She also wrote a number of Children’s Picture Book Stories as well as books in other genres.

As an author Ann came up against the same problem many new writers experience… that of getting her written work traditionally published. Learning all she could she took this experience and expanded her knowledge into publishing, learning what she could of the Indie publishing world.  Later she learnt as much as she could about the more traditional route as she worked alongside a small local publisher.

When we say we understand your frustration about receiving rejection upon rejection we truly do for we have suffered similar problems.  What made it more frustrating for our principal was that she was already an established, successful writer in the non-fiction world of writing.

Going down the traditional publishing route via her fictional short stories in an anthology certainly gave her some success, but not yet for her novel. This came later. The novel was a labour of love that took over two years to write, be reviewed, and finally be edited ready for publication. Finally it was published and it won an award.

It is for these reasons that Ann decided to set up Mentoring Writers and Kids-4-Kids; two organisations aimed at assisting new, developing and established writers who feel frustrated from a lack of support when they need it.

Every writer wants a traditional publishing contract, but that is not always possible, so instead you choose to self-publish. However, this can be a mine-field, which is why we have tried to find a way to assist you. We work alongside a number of people who offer a variety of services across the writing process. 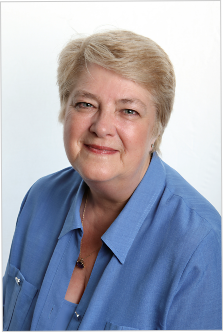 Ann Brady is a Member of the following associations: